Are You Ready for Some Football?

Share0
Tweet0
Share0
Share0
Tweet0
Share0
Well, I woke up in Alabama, so that means there must be a football game tonight. Having friends from both The University of Alabama and Clemson University, I’ll (try to) remain neutral (at least in writing). The National Championship game will once again be fought out between two Southern schools, so here’s a reprint of an oldie, but definitely goodie. And may the best team win!Â For some, the NFL is the definition of football, but in the South, College and even High School football take precedence over the pros. For the love of all that is Southern and football, I have to share an oldie but goodie. It made the rounds years ago, and was actually one of the first things I remember reading on the internet. It made me laugh so hard, I nearly fell off my chair! Â I have a friend who grew up in Chicago, and she didn’t see what was so funny – until she attended a Southern football game. (She was FLABBERGASTED!!!)

The difference between a Southern and Northern football game.

Women’s Accessories:Â
NORTH: ChapStick in back pocket and a $20 bill in the front pocket.
SOUTH: Louis Vuitton duffel with two lipsticks, waterproof mascara, and a fifth of Captain Morgan/Crown. Money is not necessary – that’s what dates are for.

Cheerleaders:
NORTH: If you are coordinated, you make the varsity squad.
SOUTH: You begin cheer camp at age two, complete with ballet, dance, & gymnastic training. 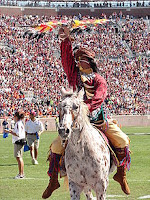 NORTH: Students and teachers not sure they’re going to the game, because they have classes on Friday.
SOUTH: Teachers cancel Friday classes because they don’t want to see the few students that might actually make it to class.

Parking:
NORTH: An hour before game time, the University opens the campus for game parking.
SOUTH: RVs sporting their school flags begin arriving on Wednesday for the weekend festivities. The really faithful arrive on Tuesday.

Game Day:
NORTH: A few students party in the dorm and watch ESPN on TV.
SOUTH: Every student wakes up and rushes over to where ESPN is broadcasting “Game Day Live” to get on camera and wave .

Tailgating:
NORTH: Raw meat on a grill, beer with lime in it, listening to local radio station with truck tailgate down.
SOUTH: 30-foot custom pig-shaped smoker fires up at dawn. Cooking accompanied by live performance by “Dave Matthews’ Band,” who comes over during breaks and asks for a hit off bottle of bourbon.

Getting to the Stadium:
NORTH: You ask “Where’s the stadium?” When you find it, you walk right in.
SOUTH: When you’re near it, you’ll hear it. On game day it becomes the state’s third largest city.

When National Anthem is Played:
NORTH: Stands are less than half full, and less than half of them stand up.
SOUTH: 100,000 fans, all standing, sing along in perfect four-part harmony.

The Smell in the Air after the First Score: 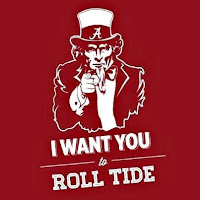 NORTH: Nothing changes.
SOUTH: Fireworks, with a touch of Captain Morgan/Crown.

Commentary (Female):
NORTH: “Wow guys, this certainly is a violent sport.”
SOUTH: Dagummit! You slow sumbitch – tackle him and break his legs!

Announcers:
NORTH: Neutral and paid.
SOUTH: Announcer harmonizes with the crowd in the fight song, with a tear in his eye because he is so proud of his team.

After the Game:Â
NORTH: The stadium is empty way before the game ends.
SOUTH: Fraternity houses are rockin’, and another rack of ribs goes on the smoker. While somebody goes to the nearest package store for more bourbon; planning begins for next week’s game. 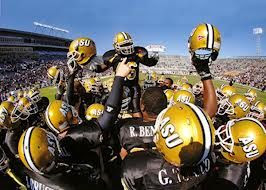 Do you like college football? If you aren’t from around here, do you think we are strange for liking it so much? Do you want to come with me to a game?